Many of us have experienced the pain associated with replacing parts on old cars that have been rusted out. It is not only frustrating, but time and money consuming to replace these parts. If you have an original Model-T Ford, wouldn’t it be a great day if you had a good option to just replace some of the original parts because of unwanted rust? There isn’t a single person out there that would be happy to do this. Sheen Genie has the capability to not only keep metal shining, but allow the metal to have longevity through diminishing the chances and effects of rust. The good news here, is that you don’t have to replace these old rusted parts. You can treat them with the best rust remover and metal polisher known 🙂

With other metal polishes, there is a great deal of buffing that is required to get a good shine from the metal. If these kinds of polishes lack longevity in their shine, then what effect does it have on the metal? As metal rusts, the iron oxidizes and reduces the amount of pure metal which then reduces the overall strength of the metal. The strength of metal is directly correlated to the thickness of the metal.

Growing up as a farmer, I spent great amounts of time fixing things that have broken as a result of being weakened by rust. It is

far from convenient to replace these parts, and the time spent in doing so can result in a great loss of money from the operation as a whole. With farm equipment, it wasn’t pertinent to keep the farm equipment shining, but a continuous battle was always being fought between the metal and rust. Anytime that metal is in direct contact with the elements of the environment, this same battle is always being fought. A metal polish shouldn’t only provide an attractive shine, but should also provide protection and longevity for the metal. Traditional metal shiners require great amounts of buffing that can be strenuous and time consuming. Although this effort can be seen as something of great value, it can have detrimental effects on the strength and resistance of the metal to oxidation or elements. Anytime that someone applies a traditional metal shine, and then puts forth effort to buff the metal to get the desired shine; they aren’t doing the metal many favors. This buffing exposes new layers of the metal that can be susceptible to corrosion all without protection. Where these traditional metal polishers don’t have near the longevity of Sheen Genie, the buffing must also be done frequently. If buffing is done consistently, corrosion can be prevented, but how often do needed projects around the house, car, or motorcycle get left undone because of a lack of time? All too often!

Think of All the Time You Can Save By Not Buffing With Your Metal Polish!

There are many things that could be done with the extra time that will be afforded through using this product. If you are someone that likes to spend time on the road, you won’t be spending those cherished moments back in the shop using a buffing wheel. If you like to spend time rebuilding the engine on your car, you will have more time! If you enjoy a night watching TV or a movie with people that you care about, you will be able to! Many people enjoy their time out in their shop just so they can get away from the normal things in life. But isn’t the time in the shop much more enjoyable when it is used for practical and useful things? If you decide that Sheen Genie metal polish isn’t for you, and you find that you are spending a great deal of time buffing off a traditional polish; remember that there are a great deal of things that you could be doing to spend your time in a more effective and enjoyable way. Another thing that people forget to realize in buying a product is that time saved is money acquired. If you save 15 minutes of time through using this product compared to a product that requires buffing, you now have 15 minutes more that you could use to make much-needed money. If you add up these 15 minutes over a many different instances, you’ll find that Sheen Genie actually more than pays for itself merely in the time that is saved. We seem to think it makes more sense to get that extra time in for a good nap! 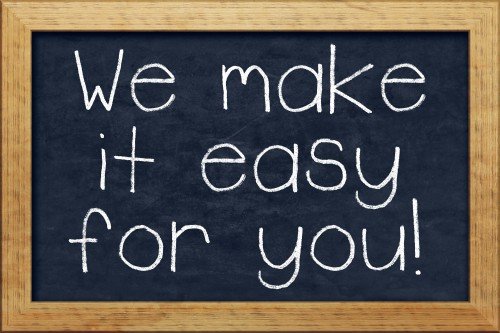 Sheen Genie affords the ability to shine a metal surface, apply protectant and the sealer, then simply leave the surface untouched for 6 months! Is there a better solution for the longevity of these metals? No! Some people find that they have trouble preventing the swirls that are associated with the buffing in the traditional buffing process. With Sheen Genie, it is no worry and no hassle! No skill with a buffing wheel is required. Just a good terry cloth towel and less than a few minutes. If you can spray on and wipe off, that is simply all of the skill that is required to be a loyal Sheen Genie customer. Metal needs to be taken care of just as much as a car needs it oil to be changed. If you desire to keep your metal in tip-top shape, don’t look past Sheen Genie. Don’t be afraid to try out our revolutionary metal polish, because it literally will be an investment into your time and and the style of the metals.